A Season of Peace and Warm Socks 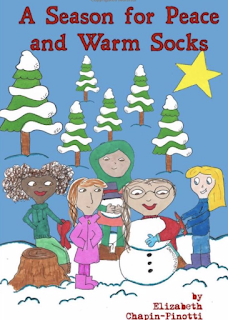 Emmy jumped out of bed, looked at her clock, and screamed! “December 1! Merry Christmas everyone!

In her house Christmas, did not begin until December 1. No combo Christmas tree and school clothes shopping for the Tuckers.

Emmy got dressed and ran to the kitchen with visions of sugarplums dancing in her head.

“Mom, what’s a sugarplum? They’re dancing all around in my head and I have no idea what they’re supposed to look like,” Emmy yammered as she gulped the milk her mother put in front of her.

“My brain knew that” Emmy exclaimed. “That’s exactly what was dancing.” 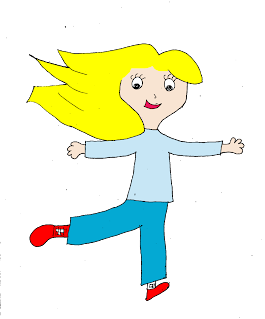 She gobbled her oatmeal. “I love today!” she said with a mouthful. “Today we get to decorate the classroom and start singing Christmas carols.”

“Emmy, you go to public school now,” Mom reminded. “It’s not like St. Anne’s. Not everybody celebrates Christmas. I doubt you will be decorating or singing.”

Emmy dropped her spoon. “What in the world are you talking about!? Everybody celebrates Christmas.”

Emmy thought about all of her friends and family. Everyone had trees and lights and decorations and celebrated the birth of Jesus. There was singing and holiday food and everything. Christmas is one oof biggest days of the year. Mom must be wrong, Emmy thought.

“Emmy,” Mom began, but then the bus horn sounded, and Emmy sprang for the door.

“See you,” she grabbed her backpack, kissed her mom and hopped on the bus just in time.

Emmy got to class, and the day was normal – which wasn’t bad – just normal.  After recess, she imagined, that’s when we’ll do our first Christmas activity.

Recess came and went and so did lunch – still nothing.

In afternoon centers, Emmy was cooperatively working with Naomi, Jessi and Amani.

“This is crazy!” Emmy whispered.

“What’s crazy?” Naomi wondered, cutting pockets out of paper for her interactive notebook.

“That we aren’t starting our Christmas stuff. There’s two and a half weeks until vacation. We won’t have time to do our Christmas show or anything,” Emmy agonized.

“We don’t do that here,” noted Amani.

“What!” Emmy was bewildered. Was Mom right?

“Oh yeah,” Jessi remembered, “you went to Catholic school. Christmas was a major thing. Some of us here don’t even celebrate it.”

A rush swelled over Emmy. She was sad and confused and angry her parents would even think of putting her into a school that would deprive her of Christmas.

After dinner that night, Emmy told her parents how bad school had been and how sad she was to miss out on Christmas when all her friends at St. Anne’s still got to celebrate.

“We’ll celebrate here, Emmy,” Dad consoled. “We’re going to Nonnie and Nono’s farm this weekend to get our tree.”

“And the poinsettias are sure to be up at church on Sunday. You do like your poinsettias,” Mom added.

Are you for real? Emmy sighed. “It won’t be the same. I want to go back to St. Anne’s with my own people.”

“You love your new school, and they are your people. You and Naomi have been dance friends for years,” Mom said.

“Do you know she doesn’t celebrate Christmas either?” Emmy astounded.

“And Amani is Muslim and celebrates Ramadan,” Mom added. “Sometimes that’s in December, but it changes every year because the Muslim calendar is 11 days different than ours.”

“Jessi is Baptist. I’ve worked with her mom on the Interfaith Council,” Mom said. “She celebrates Christmas, but she celebrates Kwanzaa too.”

“This is crazy. Nuts I say! The world has gone mad. Why doesn’t everyone just celebrate Christmas like we do? Like George Washington did? Like the Pilgrims did?” Emmy knew her American history and knew the United States was founded on religious freedom. “Ut-oh!”

“What?” Dad and Mom asked in unison.

“The Pilgrims came here to be the religion they wanted,” Emmy was beginning to understand. “That means any, not just Christian.”

“I gotta fix this,” Emmy ran up the stairs and locked herself in her room.

At first recess the next day, Emmy gathered her friends.

“I get we don’t all celebrate the same thing, but that doesn’t mean we can’t celebrate together,” she said.

Naomi’s eyes narrowed. “What do you mean?”

“Well, I think we should find something common in all of our different holidays and ask if we can celebrate that,” Emmy said.

“I want the spirit of the season,” Emmy waved her arms in the air for emphasis. “It isn’t about trees or presents or that kind of stuff – well not entirely anyway,” she smiled mischievously. “It’s about the way it feels to say Merry Christmas to someone and know by the look in their eyes they have a happy spot too. It’s about knowing that at least one time during the year – peace on earth is the message. We have to have that too. We have to have a joy to the world, and we can do it together.”

“That’s a great idea,” Jessi agreed with Emmy, “tell us about Ramadan Amani. Maybe we can find something common in what we believe.”

“Ramadan is a time to think about our family and friends and doing good deeds. We only eat when it’s dark. This way we can focus on other things. During Ramadan we spend 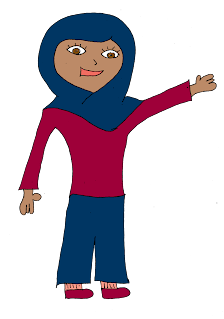 more time with our families and pledge not to tell lies or to be greedy or gossip. We also do more charity work. That is supposed to carry throughout the year, but sometimes I forget.”

“Wow, those are just like Christian things,” Emmy said.

“The month of Ramadan is about healing and caring and hoping. It’s about helping those who don’t have as much as we do,” Amani finished.

“Hanukkah’s about hope too,” Naomi said. “In a way it was like our fight for religious freedom. A long time ago, a Syrian king ruled Judea. He said that Jews had to stop studying the Torah. He wanted us to worship the Greek gods and then he took over the Temple of Jerusalem.”

“Not very Christmasy there,” Emmy mumbled.

“My people fought for three years and finally got our temple back. To celebrate they lit the sacred lamp but didn’t have a lot of oil to keep it going. It was going to take eight days to get more blessed oil. Only, by some miracle, the light shined for eight days. That’s why we celebrate for eight days and nights. They never gave up hope and won the Temple back. Hanukkah means rededication, so we can remember the rededication of the temple.”

believed what I believe.”

“I think Jesus was the son of God,” Jessi smiled at Naomi, “but I also celebrate Kwanzaa. Kwanzaa’s a time for African Americans to commemorate about our culture, our heritage, and our community. We celebrate it from December 26 through January 1 with dancing and art and food and family.”

Emmy thought for a moment. “You know, we have different traditions, but it sounds like we all celebrate hope, caring, family, and giving back. Sure we have presents and trees and Santa Claus, but Christmas is about peace on Earth, goodwill, and hope.”

“Maybe our celebration should be about hope and kindness. We could do nice things for people,” Jessi added.

“That would be awesome,” Amani added. “The reason for our season – good deeds, kindness and peace.”

“We could call it Kwanmisadomakuh,” Emmy exclaimed.

“I love it!” said Naomi. “Kwanmisadomakuh it is.”

“Let’s choose purple and blue as our colors,” Emmy said.

“And we’ll have treats from all of our different cultures and instead of gifts or a big party, we’ll each do something nice for someone. You know, an act of kindness.” Naomi said.

“Like the kids in the cancer center – who have to stay there all the time,” Emmy was excited too.

“And don’t forget – we have to do little acts of kindness too!” Naomi said.

The very next day, they were in small groups researching and discussing holidays they’d chosen out of a hat when Little Wolf approached Emmy and her friends. Little Wolf’s first name was Mike, his middle name was Little Wolf. He liked Little Wolf better than Mike. 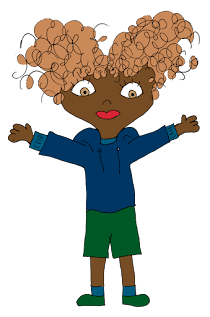 As soon as he cleared his throat and Emmy looked at his sad eyes – it hit her. They forgot him!

“Everyone is always forgetting us,” Little Wolf said, “I never thought you would too. You come to Big Time. You watch us dance.”

Emmy bonked her head with her hand. “Oh man! I am so sorry! I just…”

“Everyone always justs…” he said.

“I didn’t forget Little Wolf,” she said. “We’re starting here with Big Time and then we will have a day of studying Ramadan and Hanukkah and Christmas and many other holidays.”

Little Wolf smiled. “Good because I like our new holiday. I want hope and peace too!”

That December at Rockville Elementary School, the children sang songs about hope, they wrote letters to soldiers in the military, they gathered food for the hungry, they visited the elderly in nursing homes, they made cards and books for the children in the hospital, they were extra nice to each other, and they gathered and gave away lots of warm socks.

Everyone joined in, and the spirit of the holiday season was alive and well in the hope and good deeds of Kwanmisadomakuh.

On December 24, Emmy told her entire family about the December celebration her class made up. She told them how they learned about each holiday but focused on hope
and spreading kindness.

“Emmy,” Nono said as he cut the prime rib, “you and your friends may be on to something, because, after all, that is what the season is truly about – no matter what you believe.”

“We all just wanted to give a little hope for the future – peace on earth and warm socks to all,” Emmy said.

They raised their Christmas glasses and cheered: “Here’s to peace on earth and warm socks to all.”

They all clinked their glasses.